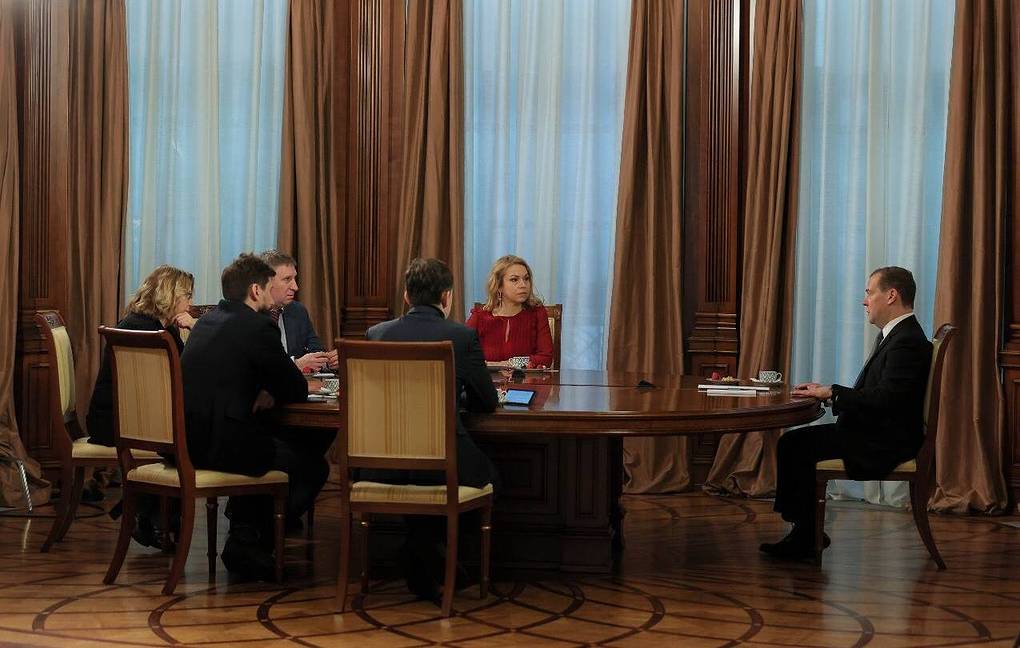 GORKI, February 1. /TASS/. Russia has all the technical means to ensure the autonomous work of its Internet, Deputy Chairman of the Russian Security Council Dmitry Medvedev stated in an interview with Russian media, including TASS. However, he added that no one would want to take things to an extreme.

“Technologically, we are ready for this. At the legislative level, all the decisions have been made as well. However, I would like to reiterate: it is not easy, and we would really not want that,” he stated.

Medvedev admitted that separating Russia’s Internet is just a backup plan in an extreme case of the country’s disconnection from the global network. “Of course, we have a plan on how to act in this situation. As we all know, the Internet appeared at a certain time, and naturally, the United States of America has the key management rights. So potentially, if something extraordinary happens, if someone loses their head completely, this could happen. Exactly because the keys to this chest are across the ocean,” he said.

The politician reminded of constant talks of disconnecting Russia from the international Society for Worldwide Interbank Financial Telecommunication (SWIFT). “They keep threatening us with that. We were even forced to create our own information transmission system, if it happens suddenly, so that we can exchange electronic messages. The same can potentially happen to the Internet, and then we won’t have access to the main nodes of this network,” he explained.

Medvedev noted that the law on the Russian segment of the Internet was approved so that it can be managed autonomously, “as the entire state governance is tied to the Internet right now, a huge amount of social functions is tied to it.” “We couldn’t leave it without control. So there is such a law, and, if needed, it will enter into force,” he assured.

Meanwhile, he called for a realistic approach, saying that if the Russian Internet becomes separate, this will create a lot of issues. “In order to reestablish it, we will need some time. However, on the whole, the Russian segment of the network can recover or create its autonomy,” Medvedev stated.

However, the politician stressed that he does not see any signs for the situation to go that way. “This is a double-edged sword for understandable reasons. Firstly, this can cause certain actions from our side. Secondly, our friends – both our true friends and “friends” – are actively using the Internet, namely to make their own position heard. This would mean refusing to state this position. All our social networks are functioning, we have just mentioned that no one was blocked and no traffic was slowed,” he pointed out.

Medvedev mentioned China as an example of a place where global social networks do not work and have been replaced with Chinese ones that have a huge number of subscribers. “And they are going through that easily, they are communicating on their social networks. When you come to the People’s Republic of China, you look at your social networks and see that they are working. Why? Because the phone has a Russian SIM card, but as soon as you turn on the hotel Internet, Wi-Fi, they stop working. Because all this is blocked, it’s a Firewall,” he concluded.