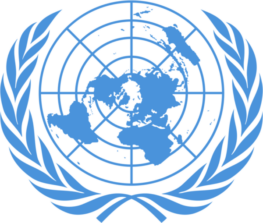 On May 26, 2021, the 75th UN General Assembly session in New York adopted, by consensus, Russia’s Resolution 75/282 on countering the use of information and communications technologies for criminal purposes. The document determines the modalities of the operation by an ad hoc committee that will develop, under UN aegis, a comprehensive international convention on countering the use of ICT for criminal purposes. The decision to create the committee was adopted at Russia’s initiative with 46 countries acting as co-authors.

The committee will hold sessions in New York and Vienna, starting in January 2022. It will strive to pass resolutions by consensus but a vote is possible if there is no consensus. The draft convention is to be submitted for review by the 78th UN General Assembly in 2023.

Adoption of the Russian draft by consensus shows that the international community understands the serious nature of cybercrime and the need to draft universal rules to counter it. This initiates open, inclusive and transparent talks on countering cybercrime under UN aegis.

This is the beginning of substantive work on the convention. It will consider the interests of all countries without exception and will rest on the principles of the sovereign equality of all parties and non-interference in each other’s internal affairs. This dynamic work will be completed in 2023.

The adoption of the resolution to launch the committee by consensus is an important diplomatic success for Russia as the initiator of this process.