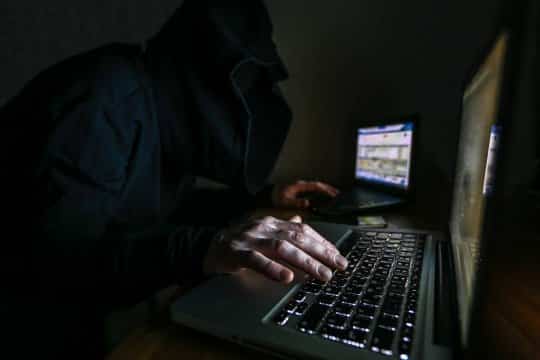 As Joe Biden weighed options to punish Russia for its suspected hacking of US government agencies and companies, one leading Republican accused Moscow of “acting with impunity” and others called for retaliatory strikes.Romney decries martial law discussion in Trump’s White HouseRead more

Biden’s choices once he assumes office on 20 January range from financial sanctions to revenge cyberattacks on Russian interests, according to transition team sources. Donald Trump, meanwhile, maintains the hacking could be the work of China, despite the certainty of his own secretary of state, Mike Pompeo that Russia was behind the attacks.

“This demands a response, and the response you’d expect to occur would be a cyber response. I don’t know if we have the capacity to do that in a way that would be of the same scale or even greater scale than what Russia has applied to us, but this is something we have to address as soon as possible.”

John Barasso, a Republican senator from Wyoming, told Fox News Sunday the US had been “blindsided”.

“Six different agencies have been attacked in our government and this has been going on since March,” he said. “We need to have a forceful, effective punishing response so people pay a price for this and think twice about doing it again.”

Any response is unlikely to come in Trump’s 31 remaining days in the White House. Other than a critical tweet on Saturday, Trump has kept silent regarding the hack.

“I think we’ve come to recognise that the president has a blind spot when it comes to Russia,” Romney, a member of the Senate homeland security committee, told CNN’s State of the Union. “But I think that the president-elect is a clear-eyed, intelligent individual and he’s going to assess Russia and their capabilities in an appropriate way.”

Mark Warner of Virginia, the leading Democrat on the Senate intelligence committee, told ABC’s This Week: “When the president of the United States tries to deflect or is not willing to call out the adversary as we make that attribution, he is not making our country safer.

“I sometimes think we disproportionately spend on tanks, ships and guns when we should be better protecting on cyber. And there are international implications of this attack as well. We need to be very clear with an affirmative cyber doctrine that says [if] you do this kind of broad-based, indiscriminate attack, you will bear the consequences.”

A Biden source told Reuters the new president could step up counter cyber-espionage, with the goal of deterrence and diminishing the potency of Russian cyber spying. But Biden’s team will need better intelligence. Access to presidential briefings was delayed until about three weeks ago as Trump disputed election results.

On Sunday, incoming White House chief of staff Ron Klain told CBS’s Face the Nation: “We should be hearing a clear and unambiguous allocation of responsibility from the White House, from the intelligence community. They’re the people in charge. They’re the ones who should be making those messages and delivering the ascertainment of responsibility.

Romney likened Russia’s suspected attack to the US assault on Baghdad during the Iraq war in 2003.

“You saw the videos of the rockets going across the city and slamming into various buildings and the places they attacked, of course, were the communication centers and the utility centers,” he told NBC. “You can bring a country to its knees if people don’t have electricity, don’t have water and can’t communicate.

“Basically what Russia appears to have done [is] put themselves in those systems in our country. They don’t need rockets to take those things out. They potentially have the capability to take out all of those things remotely at very small cost.”Trump downplays government hack after Pompeo blames it on RussiaRead more

Christopher Krebs, fired by Trump last month as director of the US Cybersecurity and Infrastructure Security Agency (Cisa) for publicly debunking the president’s false claims of election fraud, agreed that the hack was likely the work of the Russian foreign intelligence service SVR. But he doubted Romney’s assessment about what Russia might do with the harvested data.

“The [SVR] are intelligence collectors,” Krebs told CNN. “They’re looking for policy decisions, they’re looking for diplomatic negotiations in federal agencies. They’re typically not the ones to run the destructive types of attacks, and they typically don’t work with the other parts of the Russian government.

“That doesn’t mean they can’t hand off access, but for now I think this is more of a intelligence collection operation. The thing that really concerns me about this particular campaign by the Russians was the indiscriminate nature of the supply chain targeting, the fact that they have potentially compromised 18,000 companies. That to me is outside of the bounds of what we’ve seen recently of espionage activities.”

Klain echoed Krebs’ caution about what Russia might be hoping to achieve, but added: “In terms of the measures that a Biden administration would take in response to an attack like this, I want to be very clear. It’s not just sanctions. It’s also steps and things we could do to degrade the capacity of foreign actors to repeat this sort of attack.”